In the permanent exhibition „Our History – Dictatorship and Democracy after 1945“ in the Zeithistorisches Forum Leipzig there is a larger-than-life statue of Lenin. However, not much is known about this black statue made of zinc alloy. Neither its creator, nor the year of its erection, nor its former location are documented; all that is known is that it came from the holdings of the socialist youth organization Free German Youth (FDJ). 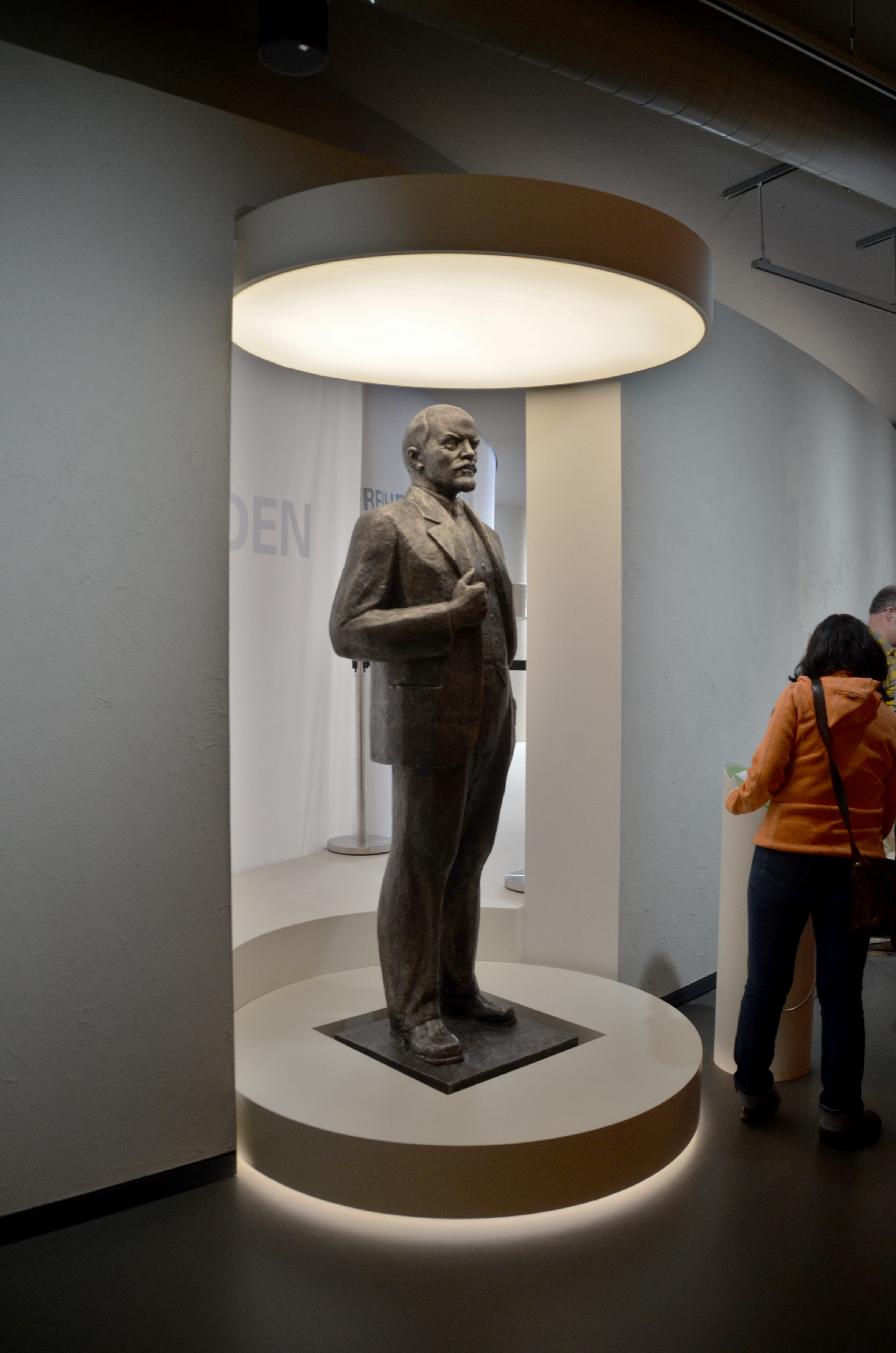 There is a great similarity between this sculpture and the Lenin Monument from Strausberg by Hans Kies, which was erected in 1977 and, coincidentally, also has a connection to the FDJ: Namely, it was erected as a gift from the youth organization to the future generation. The posture of the two representations is mirror-inverted, but otherwise completely identical: The legs are slightly spread, the left hand in the trouser pocket, the right on the lapel and the gaze is directed straight ahead. In the USSR and Eastern European countries, it was common to copy succeeded Lenin monuments, which was sometimes done mirror-inverted for technical reasons. The exact relationship between these two monuments could not be clarified, despite the helpfulness of the Zeithistorisches Forum Leipzig and the Beeskow Art Archive, and remains a mystery.

In addition to this statue, the permanent exhibition of the Forum in Leipzig has a second Lenin statue, which used to stand in the Soviet barracks in Bischofswerda.

The Lenin statue from Strausberg (now to be seen at the „IFA-Freunde“ in Trebus), which is a mirror-inverted copy of the one in Leipzig:

In the exhibition in Leipzig, the visitors can also find the old Lenin statue from Bischofswerda: