After the military withdrawal in 1994, a statue of Lenin was left behind in the military area of the Soviet Army in Fürstenwalde. The sculpture is presumably a creation of the members of the army from the 1970s. After a long period of uncertainty, the monument was brought into the private collection of the association IFA-Freunde Trebus (Fürstenwalde) in 2015, where it is part of a large exhibition of GDR vehicles, everyday objects and monuments. END_OF_DOCUMENT_TOKEN_TO_BE_REPLACED 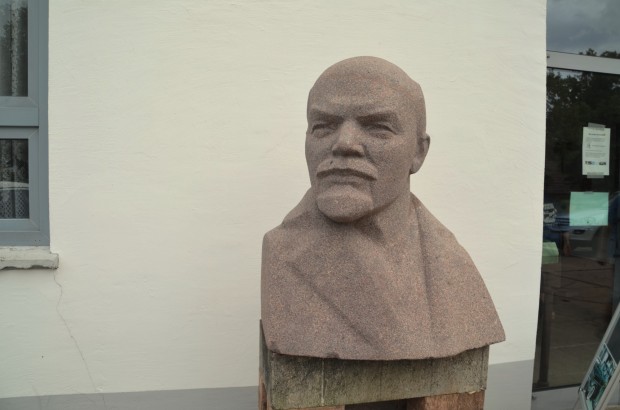 Almost thirty years ago the Sassnitz Lenin bust was stained with red paint and wrapped in a plastic cover in the local municipal depot. Now the sculpture came on lent to Fürstenwalde, where it is part of the GDR collection of the association IFA-Freunde Trebus. Before its presentation, the Lenin head was thoroughly polished so that it can now receive visitors in its old freshness. END_OF_DOCUMENT_TOKEN_TO_BE_REPLACED

In the year of 2015 a typical scene from the period immediately after the German reunification was seen again in the city of Strausberg: A Lenin-statue being lifted by a crane truck, in order to prepare its removal. The sculpture had been lying in the backyard of the Museum for Local History since 1991, covered by a black plastic. The German Communist Party had proposed its re-erection, but neither the mayor nor the director of the museum were convinced of the idea. Instead, they decided to give the statue to the cultural association “IFA-Freunde Trebus” (from the city of Fürstenwalde), in order to be exposed together with a collection of cars and everyday objects from the GDR. END_OF_DOCUMENT_TOKEN_TO_BE_REPLACED 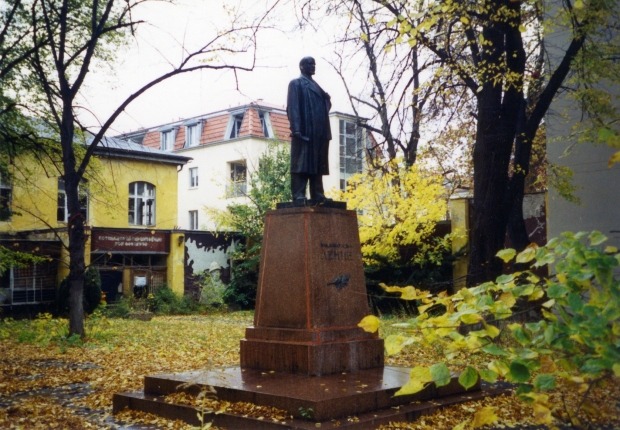 A statue, which is under monument protection, but disappears twice without a trace. An old and forgotten bust, which suddenly is standing at the entrance of the Volkspark. Lenin’s existence in Potsdam is a succession of mysterious incidents and even journalists, politicians and public authorities lose track of it. END_OF_DOCUMENT_TOKEN_TO_BE_REPLACED