Through the doors, which are wide open, one easily enters the theatre building of the former ammunition depot in Kapen, where Soviet troops were stationed in the post-war period. The auditorium is dark and dusty. Only a few boards are left of the old wooden floor. The stage has completely disappeared. At this sight, it is difficult to imagine the glamorous evening events of past times. The only trace of the Soviets is on the outer façade, where a few small painted emblems still remain. Lenin can also be found there. 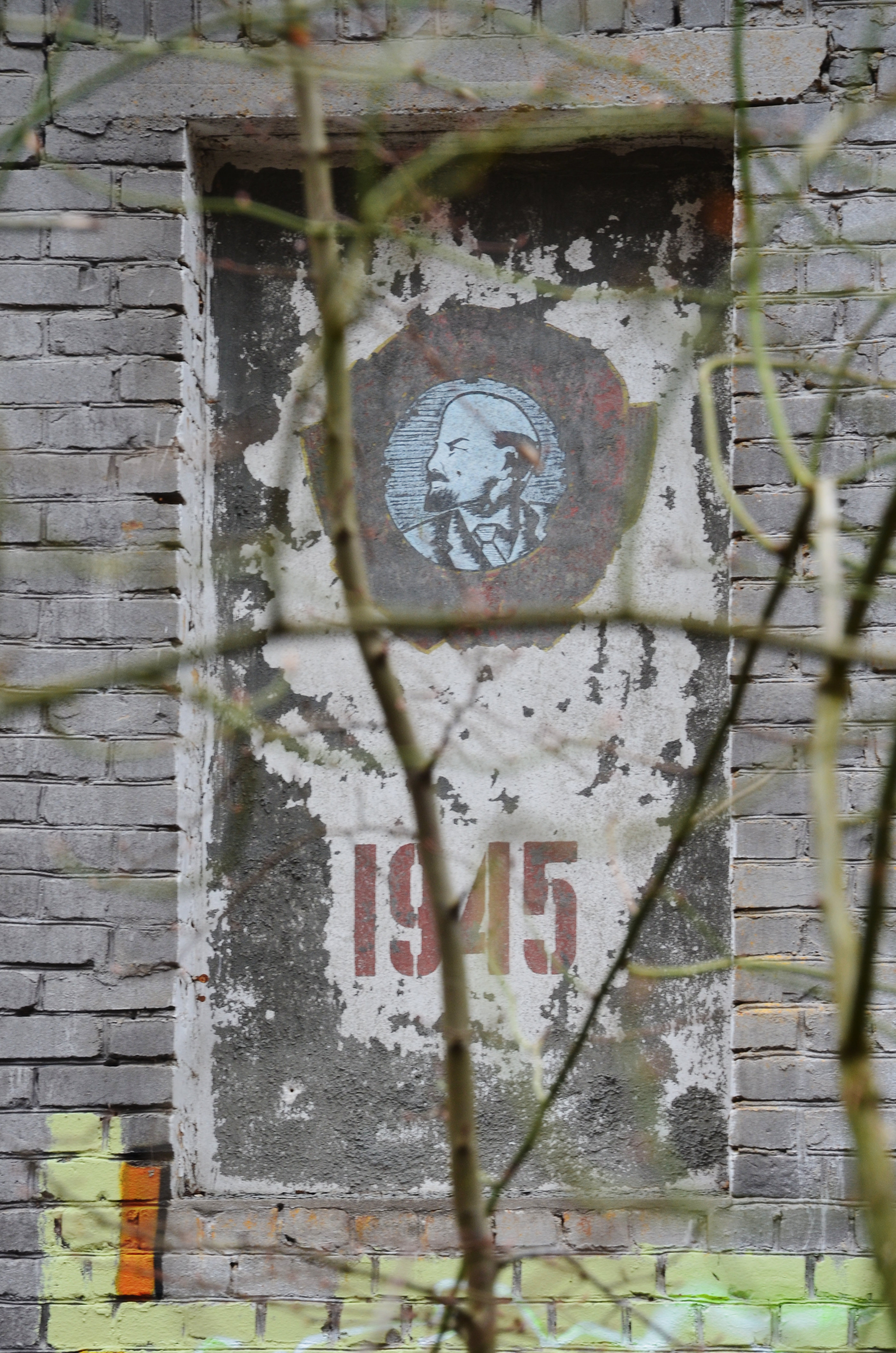 These pictures are a list of the orders that the Komsomol (youth organisation of the CPSU) received. The youth organisation was decorated with the Order of Lenin three times, in 1945, 1948 and 1956. Accordingly, the symbol of the Order is painted three times on the wall. It shows Lenin looking to the left, with a red flag with the Cyrillic inscription „ЛЕНИН“ (LENIN) waving above him. The side portrait is surrounded by a garland of ears of corn. There is also a small red star (left) and the hammer and sickle symbol (below). The Order of Lenin was established on April 6, 1930, and awarded to officials, workers, military members and institutions for outstanding achievements.

The other emblems on the theatre façade correspond to the Order of the Red Banner (1928), the Order of the Red Banner of Labour (1931) and the Order of the October Revolution (1968). The Order signs are divided into two groups of three on either side of the entrance door. For decades, however, the images for the dates 1931, 1945 and 1968 were covered with plaster and consequently not visible. But recently, two Berlin urbexers uncovered these emblems, so that the complete list including the three Orders of Lenin is now clearly visible.