How Germany’s largest bust of Lenin ended up in the Saxon district town of Pirna three decades after the reunification is one of the many surprising chronicles of German monuments to Lenin. The bronze sculpture, two and a half meters tall, two meters wide and weighing nearly four tons, was erected in 1981 in front of the Kremlin-like Soviet pavilion at the Old Exhibition Center in Leipzig. It is a work of art by sculptor Georgij Neroda and a copy of the world’s largest bust, a bust of Lenin by Neroda in Ulan-Ude, Siberia. It shows Leninhttps://leninisstillaround.files.wordpress.com/2021/10/2_lenin04.jpg with slightly Asian features and a friendly look. 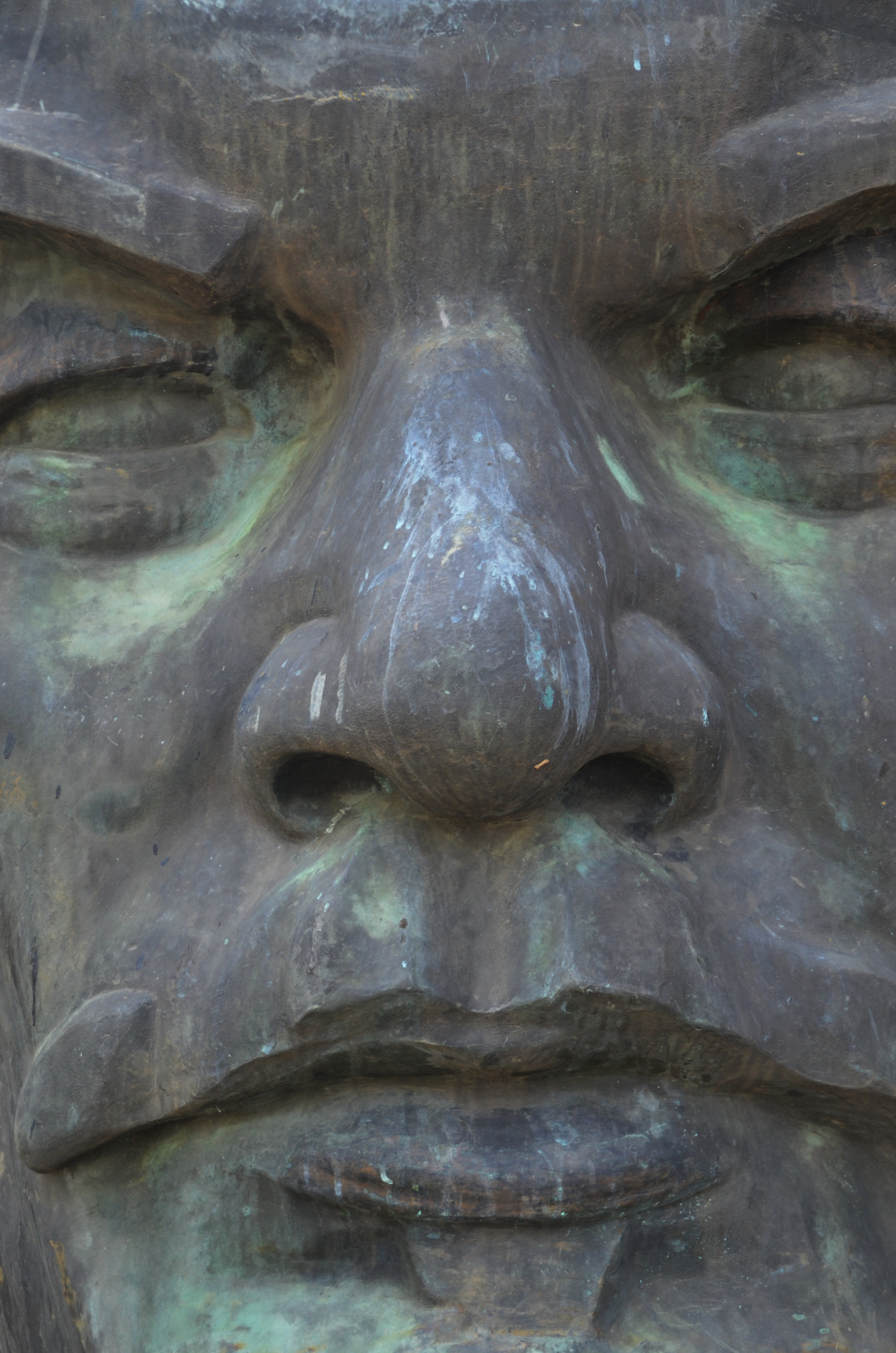 When the Russian embassy ordered the dismantling of the monument in the early 1990s, the years of itinerancy of the monumental Lenin head began. It was acquired by a German collector and spent a few years forgotten in a warehouse. In the early 2000s, the sculpture was occasionally used for PR gags, for example in 2003 for the preview of the movie „Good bye, Lenin“ in Leipzig. Later, it stood for several years as a decoration in front of the Russian discotheque „Kalinka“ in Munich. When the nightclub closed down, the directors of the private GDR museum in Burg inquired about the monument, which came to the small community in the Spreewald (Brandenburg) in 2012.

But just seven years later, the Burg museum closed. The DDR Museum in Pirna heard about this and successfully negotiated with the owner to get the Lenin head on loan. It has stood at the entrance to the permanent exhibition since July 2020. In the near future, however, it is to be given a more distinguished place and erected on a pedestal on the other side of the building directly on Rotwerndorferstraße, which would definitely be a very suitable location for this great monument.

However, a visit to Pirna is not only worthwhile because of Lenin. The collection of GDR relics is also worth a visit. Old cars, cosmonaut memorabilia, everyday objects, etc. — all aspects of life in the GDR are well represented here. And of course, you’ll encounter Lenin again and again throughout the two floors of the exhibition: as a small bust or relief, on Soviet banknotes, and on advertising posters and banners.