The wall is flaking off, someone has sprayed over it, the members of the army have hidden it behind a layer of paint or plaster before they moved out, the entire building has collapsed or been demolished. The murals of the Soviet Army in Germany do not have an easy existence and are exposed to countless dangers. At the same time they have a great value as artistic representations of the history and ideals of the Soviet Army. For example, the Lenin-painting in Jüterbog, showing the founder of the Soviet Union with a newspaper in his hand, in which a headline to the „Decree on land“ can be seen.

In and around Jüterbog, where the Soviet Army was stationed between 1945-1992, a large number of its monuments and murals still exist today, including some with the Soviet revolutionary leader. A relief wall showing Lenin is still preserved in the forest area of Forst Zinna and in front of the military hospital in Jüterbog, a large-format Lenin plaque is mounted on a façade, while in the former aviation school he can be seen on two murals.

One of the pictures shows a larger-than-life Lenin only a few days after the successful revolution. Walking determinately forward, he holds up a Pravda newspaper with the news of the „decree on land“. This decree, developed by Lenin, was the Soviet government’s first legislative act to nationalise land, which was declared „common property of all who work on it“. The decree was issued on 8 November 1917, just two days after the seizure of power, and together with the „Decree on Peace“ and the „Decree on the Rights of the Nations of Russia“, it was one of the three so-called overturning decrees with which the new government sought to advance the revolutionary process.

This picture was probably covered with plaster and painted over by the Soviet army. This usual procedure for obsolete or dilapidated works of art was also used extensively before the barracks were handed over to the German state in the early 1990s. While the white covering paint on the upper third has now been almost completely removed, bringing Lenin back to view, the lower two thirds are difficult to liberate. The plaster and yellow paint stick to the original painting and cannot be easily scratched away. At least a small part of the upper body could be freed in the meantime.

The second painting with Lenin is in an even worse state of preservation. The peeling off colour crusts just barely show Lenin’s face, but not much more. The work is probably dedicated to historical figures and collectives of the Soviet Union. They have almost lost the battle against the weather here. May they and all other highly endangered relics of the Soviet Army at least live on in the photographs of Urbex explorers. 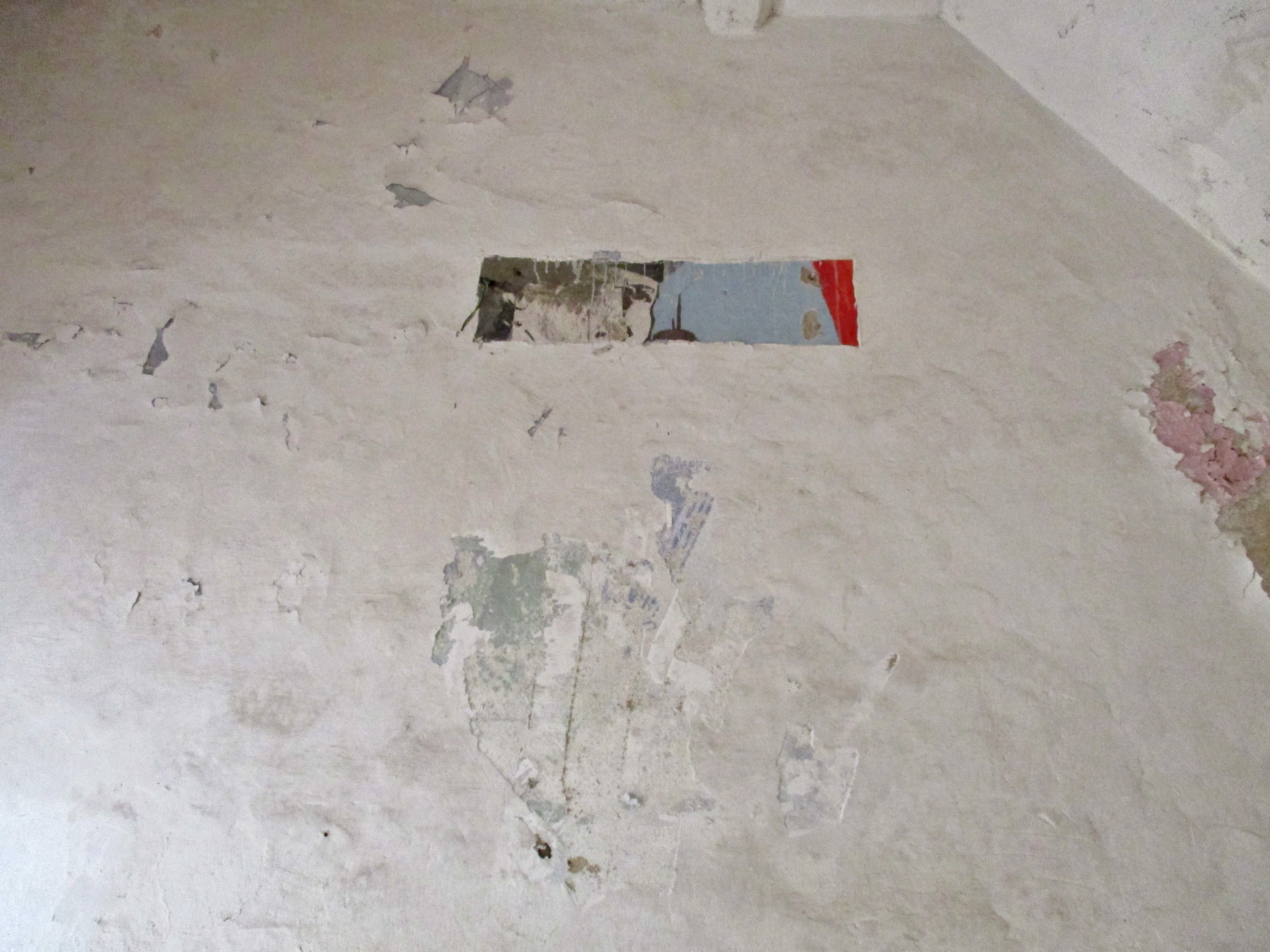