When the Soviet troops withdrew from Schwerin in 1993, they left to the city the exhibits of their „Tradition Cabinet“, a small military museum with various photos, artworks and historical material on the history of Russia and the Red Army. According to the agreement between the Soviet military and the local administration, these relics were to be shown in the city museum. However, they ended up in a depot, where they are still waiting today for a public exposure. 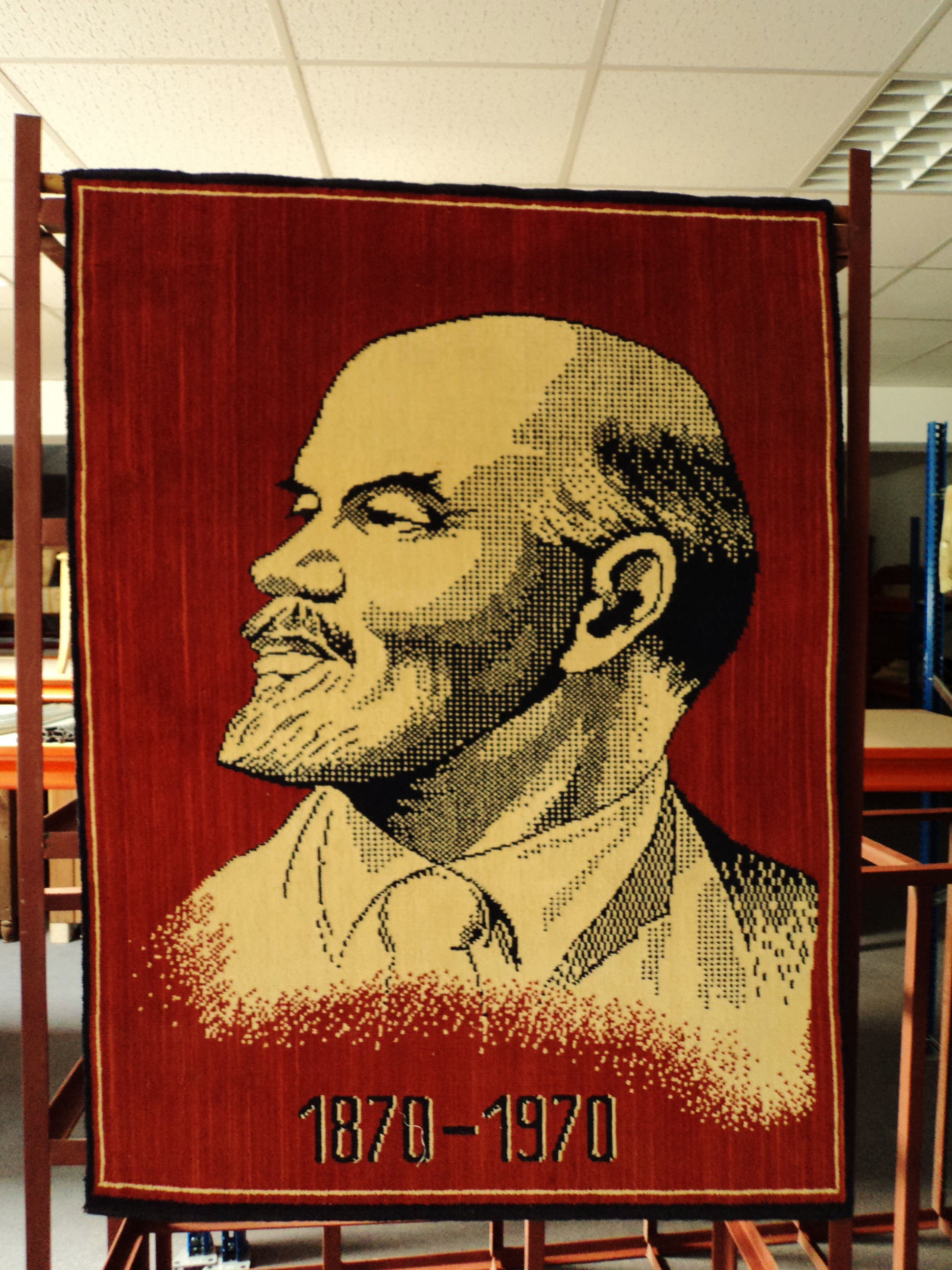 Yet it would be quite appropriate to make these unique pieces accessible to all who are interested. From wooden reliefs and carpets, to oil and glass paintings, to and photographs and sculptures, everything can be found and is in a good state of preservation thanks to the dedicated efforts of the City Museum in Schwerin. However, it lacks a suitable concept, a proper space and, above all, money to organize an exhibition.

For years, the museum has been searching for a solution, but so far no concrete idea was materialized. In view of the increasing interest in German-Soviet history by some specialized museums and associations, there can be hope that these relics will soon be awakened from their slumber and, as initially planned, be shown as part of an exhibition project.

During a visit to some of the storage spaces, we had the opportunity to document many of the items. Of particular interest to us were the two most important representations of Lenin: a wooden relief shows a Red Army soldier in front of a banner with Lenin. Under the banner there is the inscription „Work for peace“. A red carpet, in turn, features a side portrait of Lenin and his birth and death dates. However, the most important Lenin figure in the Schwerin barracks disappeared immediately after the reunification: When the Soviet barracks were dismantled, the statue of Lenin standing at the entrance was accidentally destroyed and then disposed of. It is one of many examples of the disrespectful treatment to the cultural heritage of the Soviet Army in East Germany.

Many thanks to Mrs. Gesine Kröhnert and Mr. Jakob Schwichtenberg from the Schwerin City Museum.